South Asian Heritage Month has begun, and we’re marking it in many ways. This year’s theme is ‘Journeys of Empire and, as part of our celebrations for the month, Yogeeta Mohur, Employee Experience Manager and Chair of the EMREN network, shared details of her heritage and wrote about her journey of empire: 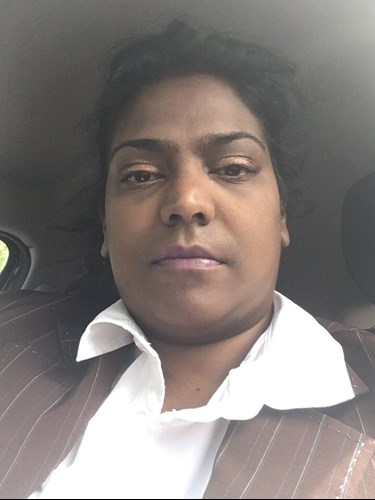 ‘South Asian Heritage Month is a chance for us to celebrate the diversity of the South Asian diaspora and explore the different cultures that make up this enormous continent. From cultural foods to pop culture icons, there is so much to discover across South Asia!

‘As we strive to further build cultural awareness and appreciation, we invite you to join in the celebration and explore the diversity of Asian experiences by checking out the stories, experiences and much more from our colleagues.

‘Heritage encompasses many things. It’s about our ethnic roots, of course, but it also includes cultural teachings and personal experiences. It’s about who you are and where you have come from to get to where you are today.

‘For me, my heritage has shaped my values, my personality, my goals and much more. Everywhere I have gone in life, I have taken my heritage with me. And I don’t mean only in terms of physical travel, but also in my personal journeys.

‘As we reflect on the meaning of heritage, I will share that I believe that one’s heritage is truly something to be treasured. We share our heritage and customs with many others, but it impacts each one of us in unique ways. You carry it with you throughout life and it is something to be celebrated and cherished. This month, and always, I hope that all South Asian colleagues will embrace their heritage.

‘I was born in Mauritius and, though being a small island in the Indian Ocean and being a tiny point on the world map, it has a very rich history. The first historical evidence of the existence of an island now known as Mauritius is on a map produced by the Italian cartographer Alberto Cantino in 1502. From then on, it has been discovered, visited and colonized by a whole number of different countries before finally getting its independence in 1992.

‘Researching Mauritius history will help you understand its present blended culture and identity. Mauritian Creoles trace their origins to the plantation owners and slaves who were brought to work in the sugarcane fields. After slavery was abolished in 1835, indentured labour was brought to Mauritius, namely Chinese, Malay, African and Malagasy labourers, but ultimately, it was India which supplied most of the much needed labourers to Mauritius. Indo-Mauritians are descended from Indian immigrants who arrived in the 19th century via the Aapravasi Ghat in order to work as indentured labourers.

‘Growing up in Mauritius meant that I was introduced to different languages at an early stage. We speak Creole, French, English and people from Asian backgrounds also spoke Hindi, Chinese, Tamil, Telegu and other languages, depending on where their roots come from.

‘Research has repeatedly found that organizations benefit from diversity of thought, and groups of people with different life experiences are better able to recognize problems and offer up creative solutions than groups with similar life experiences.

‘I am so proud to have come from somewhere so diverse, to somewhere that is also incredibly diverse. Let us all celebrate together this South Asian Heritage Month.’